MAD BCN Inversiones 2012 SL presents you , Ripoll . An investment opportunity in new residential construction in Montcada i Rexaic. A perfectly located project that will allow you to enjoy spacious, energy-efficient homes, in a quiet environment and connected in just 30 minutes with the center of Barcelona.

It involves the construction and sale of a multi-family building made up of 4 fantastic homes with a terrace and garage, as well as 1 single-family home. They already have 4 of the 9 reserved units (2 multi-family homes and 2 parking spaces) .

The developer has already acquired ownership of the property, has a granted building license and has carried out the demolition and start of construction, which is currently being completed with a 5 % completion rate .

The project will be financed by 4 private investors who will contribute 520,000 euros (33% of the total cost) and the contribution of the promoter's own funds will rise to 80,000 euros (5% of the total cost). In addition  , online financing is planned in 2 stages for a global amount of 700,000 euros (45% of the costs) destined to finance part of the construction works and other project expenses and no charges or debts on the property are contemplated.

You can now participate in the first stage of 350,000 euros, destined to cover project expenses and initial construction costs through a fixed interest loan with quarterly interest payments and a total return of 10% with a maturity period of 12 months.

MAD BCN INVERSIONES 2012 SL belongs to a Group of companies that carry out brokerage activities and linked to the distressed real estate sector for more than 25 years (public tenders, bankruptcy processes in liquidation and auction assignments of financial entities). The type of assets subject to its actions is very varied: residential, industrial, commercial, offices, plots and any other type of real estate asset.

They participate by providing value and experience throughout the investment operations management chain, from location, appraisal, real estate / legal analysis and purchase of the property to its sale. Its company philosophy is joint investment with its investor-partners in all managed investment vehicles.

Promotion of new construction in Montcada i Rexaic, a town in the Vallés Occidental located just 30 minutes from the center of Barcelona.

The Ripoll 22 project includes the construction of a multi-family building with 4 floors below the roof that will house 4 houses, with a garage and a terrace, one of which is a duplex, in addition to the construction of a single-family house at the back. Both buildings will have modern facades, technically and acoustically isolated. They will be equipped with high-efficiency air conditioning systems with aerothermics, and double-flow ventilation and air renewal. Its interior will be configured as follows:

As we indicated previously, 2 of the multi-family homes and 2 parking spaces are already reserved and the work carried out by 5%. 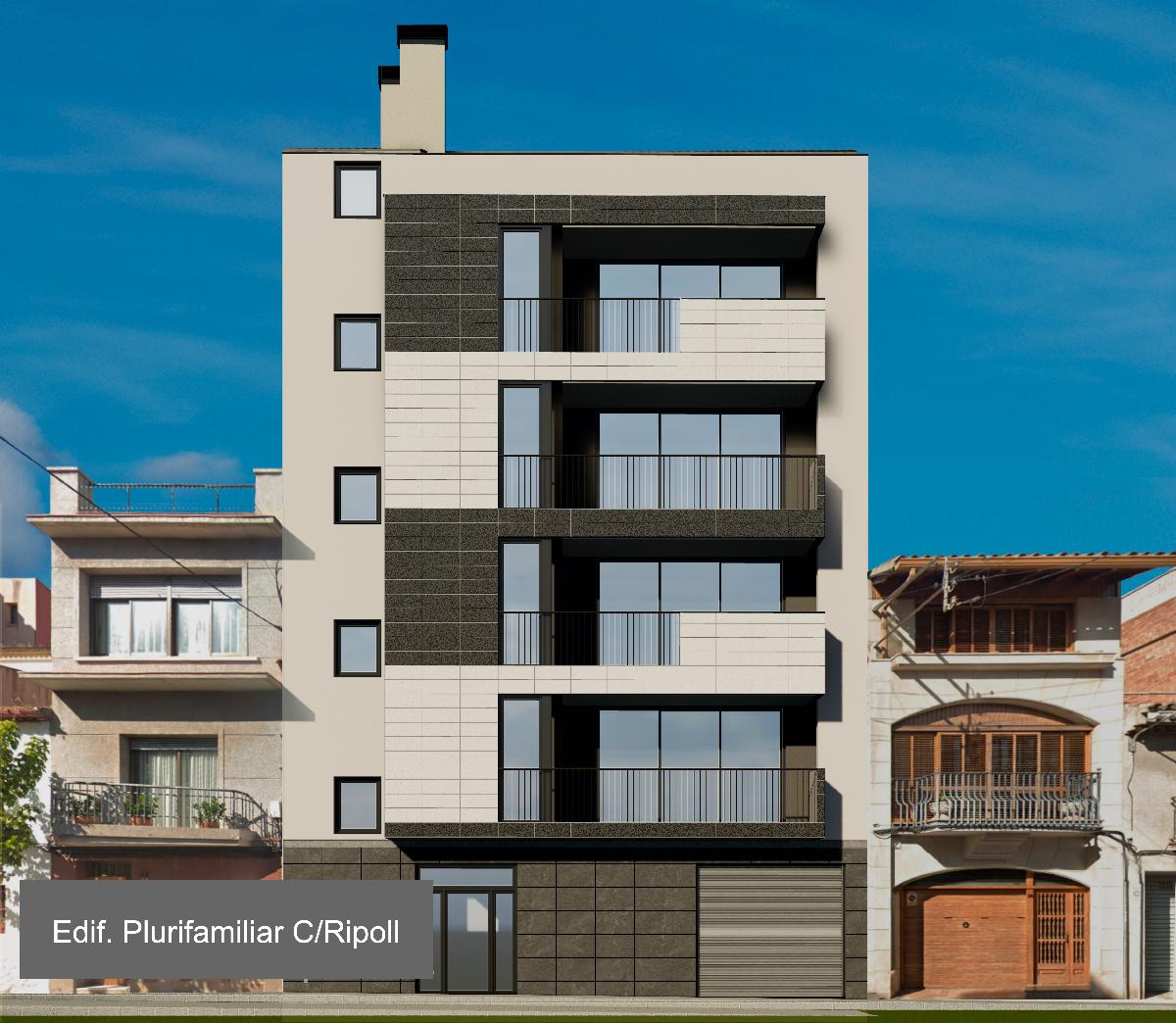 Montcada i Reixac is located in the Vallés Occidental of Barcelona and is part of its metropolitan area, being located just 20 minutes by car from the capital with which it communicates perfectly through the C17 and C33 highways.

In addition, Montcada i Reixac is established as a key point in Barcelona's rail links , with three rail lines passing through that town. The city has five active railway stations (Montcada Bifurcación, Montcada i Reixac-Manresa, Montcada i Reixac-Santa María, Montcada Ripollet and Montcada Reixac). Since 2003 there has also been a Barcelona Metro station in the municipality, it is Line 11 (Light green) with the name of Can Cuyás, located in the Can Cuyás neighborhood

The old Casa de la Vila and the Casa de las Aguas are two examples of the architectural past of this city, which during the population explosion of the 50-70s ceased to be a town. Despite its proximity to Barcelona or precisely because of that,  Montcada i Reixac  has not renounced its surroundings and has become an entrance to  the Collserola Natural Park, through the  Can Cuiàs Park. 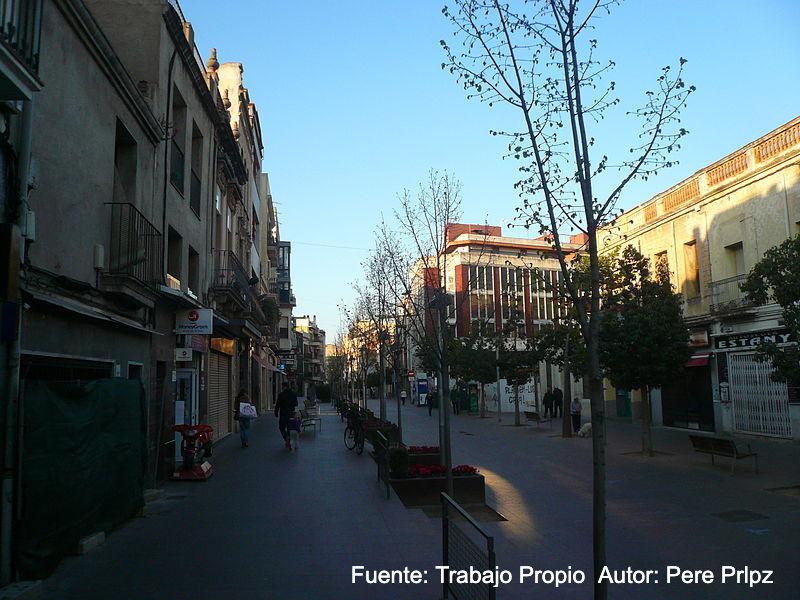 The loan is presented as an investment opportunity that can be attractive to the investor:

Stockcrowd IN Success Rate:  It is the rate that Stockcrowd IN will charge that will be determined based on a% of the funds obtained for the project, as long as it is closed successfully, that is, the published financing objective is reached. on the platform. In case of not closing successfully, StockCrowd IN will not charge this commission. Once the campaign is finished and as a previous step to the delivery of the money to the promoter / manager, this commission is deducted from it in favor of StockCrowd IN. It does not affect the final profitability obtained by investors, since the Promoter is the one who assumes its cost. In this project 3.00% + VAT is charged.

Payment gateway  fee : It is the fee charged by StockCrowd IN for intermediation with the payment gateway provider and custodian. The promoter or manager makes the payment of 1% on the maximum amount of the financing objective that can be reached in the campaign. In the event that the campaign does not reach the financing objective, the Promoter will be paid the proportional part of this fee with respect to the amount of the maximum financing objective not reached. Likewise, in this case, the investor will fully recover the amount invested. It does not affect the final profitability obtained by investors, since the Promoter is the one who assumes its cost.

StockCrowd PFP, SL (StockCrowd IN) does not hold the status of investment services company, or credit institution and is not attached to any investment guarantee fund or deposit guarantee fund. Participatory financing projects are not subject to authorization or supervision by the National Securities Market Commission or by the Bank of Spain, therefore the information provided by the promoters on the projects has not been reviewed by them (nor, in in the case of issuance of securities, it constitutes an informative brochure approved by the National Securities Market Commission).

Investing in real estate should be done as part of a diversified portfolio. StockCrowd PFP, SL (StockCrowd IN) is intended for people with sufficient knowledge to understand the risks of investing in newly created companies.

Allowed characters: a-z, 0. Min 3 characters
STOCKCRODIN WITHHOLDS 19% TAX ON INCOME. IF YOUR COUNTRY HAS DOUBLE TAXATION TREATY - YOU MAY NOT HAVE TO PAY INCOME TAX IN YOUR HOME COUNTRY. CONSULT WITH YOUR LOCAL TAX ADVISOR BEFORE MAKING ANY TAX DECISION.