The GROINVERSIA group (INMUEBLES GROINVERSIA, SL) presents LLEÓ FONTOVA, an investment opportunity of 4 new-build homes under construction, located in Cornellà de Llobregat (Barcelona), bordering Sant Joan Despí, on Lleo Fontova street 12. Se It is a project for the acquisition, demolition and new construction of a residential building with a duplex plus 3 houses and the last one, located on the 4th floor with exclusive use of a private terrace. The latter has already been acquired. You can view the signed penitential deposit contract together with the rest of the documentation of the opportunity in the section "Interesting Documents".

The developer requests an amount of 500,000 Eur (approx 57% of the total cost) for the construction and development of the houses, in which you can participate from a minimum investment of 200 euros, obtaining a 10% annual return.

The GROINVERSIA team offers, for more than 15 years, innovative solutions in building engineering and Real Estate. The company, focused on building, residential development and rehabilitation projects, takes advantage of the synergies of five group companies, promoting innovation and technological development through a young and dynamic team.

Among its figures, there are more than 13 million accumulated investment in projects, and more than 12 million euros invoiced in the last 3 years, as well as more than 250 homes distributed in different real estate developments and renovations.

They are market leaders in the Baix Llobregat region, adjacent to the city of Barcelona.

LLEO FONTOVA 12, as mentioned above, is a construction project of 4 houses located between Sant Joan Despí, and Cornellà de Llobregat (Barcelona). The developer has advanced the payment of the property, and has deeded the purchase of the property. The objective is the construction of a new work, consisting of a multi-family building with a ground floor plus four and a ground floor; of which one is a duplex on the ground-first floor, and the rest is a house per floor, each with two bedrooms. These homes have functional spaces, which comply with all current regulations regarding accessibility and mandatory benefits. The building will have a communal area with an elevator, and in terms of facilities, it will have aerothermal for sanitary hot water,

LLEO FONTOVA 12 is a special opportunity with personality, in one of the most placid, attractive and sought after by residents. 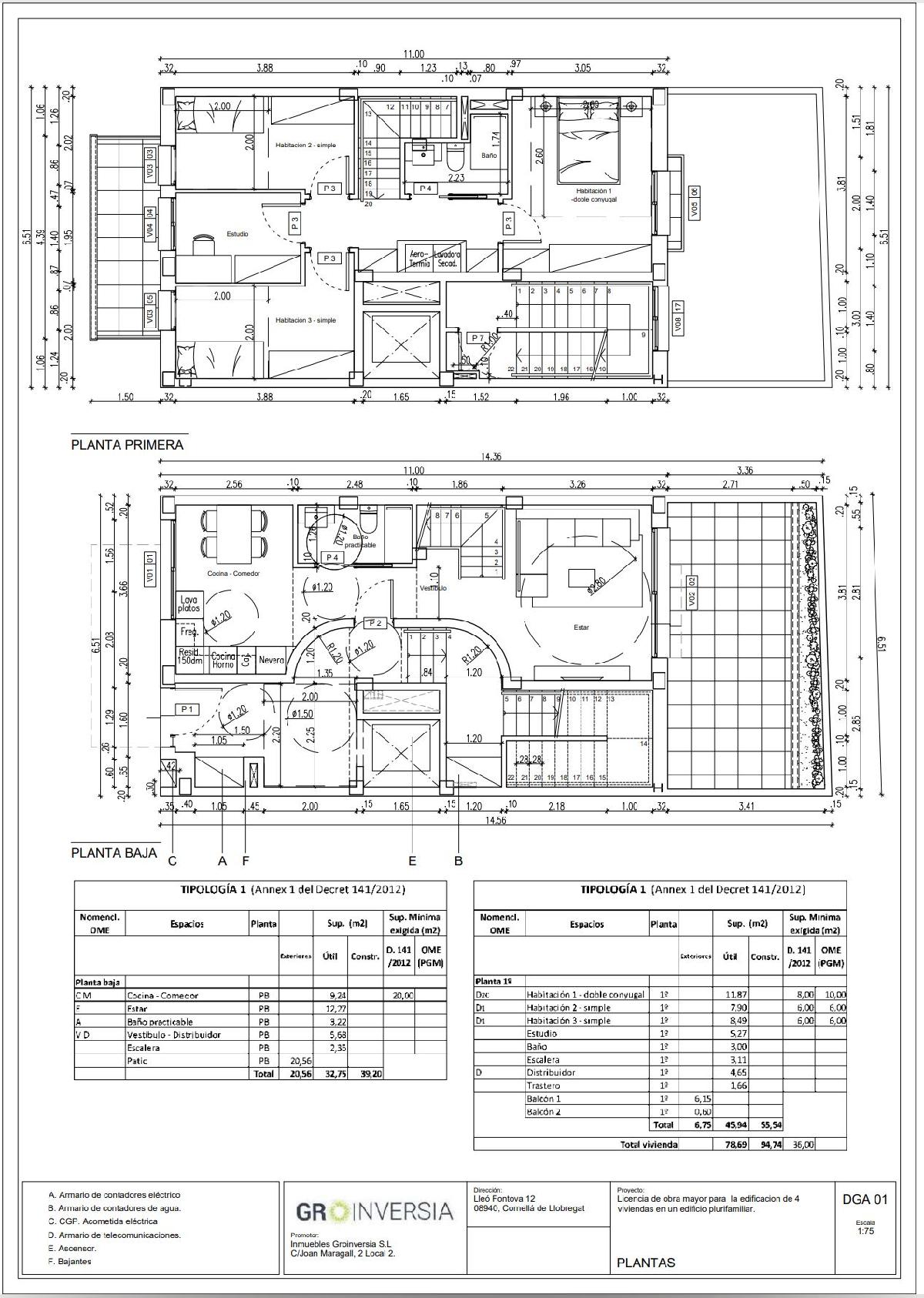 Sant Joan Despí and Cornellà de LLobregat are among the cities that have had the greatest appreciation in recent years. Its streets, architecture, shops, bars and proximity, as well as good communication and transport with the city of Barcelona, ​​attract new residents and tourists. Cornellà is a city where you can breathe a family and quiet atmosphere. Among its streets we can find the SPLAU shopping center, one of the most modern in all of Europe, as well as the emblematic stadium of the RCD Espanyol football team, or the modern Marta Mata library. In the case of Sant Joan Despí, among its streets you can find modernist works of art such as the Torre de la Creu or dels Ous and Can Negre, both designed by the modernist architect Josep Maria Jujol, a close collaborator of A. Gaudí. Another of the surprises that this city keeps,

As we have commented previously, Sant Joan Despí and Cornellà de Llobregat are in an ideal location and well connected with Barcelona, ​​through more than fifteen bus lines, commuter system, RENFE, Metro in the case of Cornellá and Trambaix. In addition, two metro lines for Sant Joan Despí are planned for the next few years, which will further improve mobility for residents of the area. 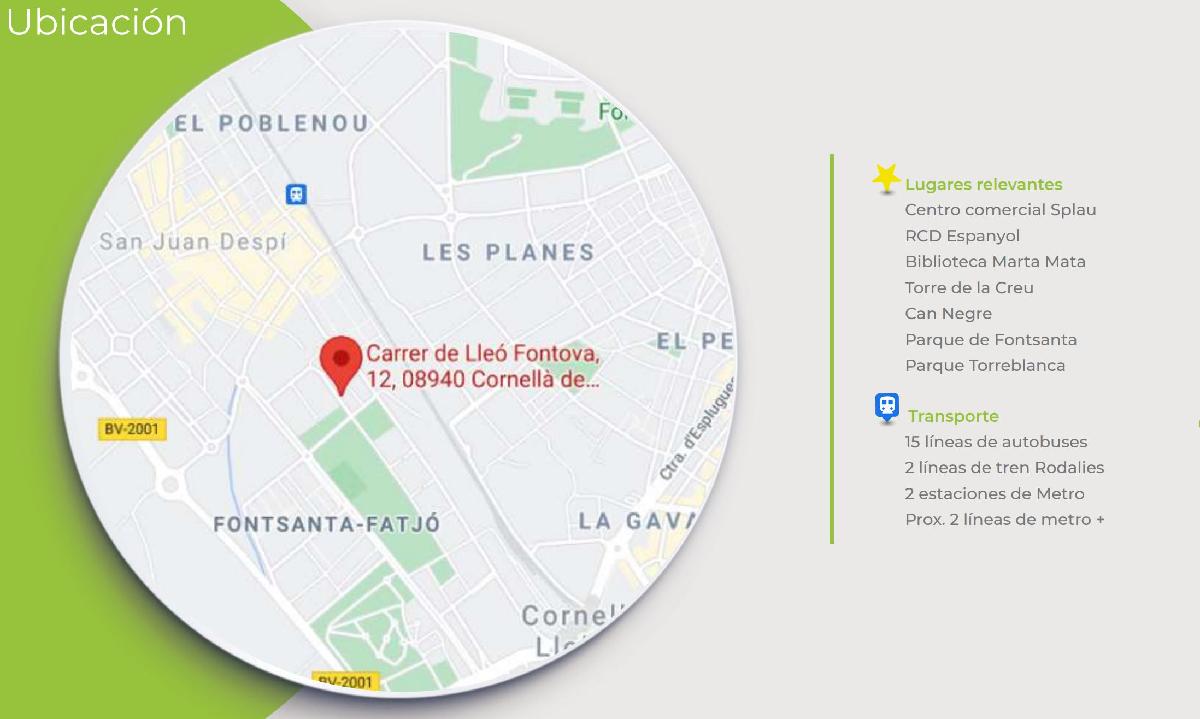 The loan is presented as a very attractive investment opportunity:

StockCrowd PFP, SL (StockCrowd IN) does not hold the status of investment services company, or credit institution and is not attached to any investment guarantee fund or deposit guarantee fund. Participatory financing projects are not subject to authorization or supervision by the National Securities Market Commission or by the Bank of Spain, therefore the information provided by the promoters on the projects has not been reviewed by them (nor, in the case of issuance of securities, constitutes an information brochure approved by the National Securities Market Commission)

Investing in real estate should be done as part of a diversified portfolio. StockCrowd PFP, SL (StockCrowd IN) is intended for people with sufficient knowledge to understand the risks of investing in newly created companies.

STOCKCRODIN WITHHOLDS 19% TAX ON INCOME. IF YOUR COUNTRY HAS DOUBLE TAXATION TREATY - YOU MAY NOT HAVE TO PAY INCOME TAX IN YOUR HOME COUNTRY. CONSULT WITH YOUR LOCAL TAX ADVISOR BEFORE MAKING ANY TAX DECISION.