The operation is carried out by Jocelyn and Joël Varsovie, father and son. After several years as brokers in construction insurance and real estate loans, they have launched themselves since 2017 in real estate development via their group JV Immobilier and are successfully carrying out two first operations in Kourou and Macouria in French Guyana.

The operator acquires a plot of land Chemin du Mont St Martin, 15 minutes from the centre of Cayenne in French Guiana, to develop twenty units. The operation is commercialised as a whole to a private company which will benefit from a tax credit (new investments intended for rental in overseas departments). The company already has its financing agreement and is awaiting tax approval.

The operator is asking us to carry out the acquisition of the land and the start of the works pending the tax approval of his client, which will be issued by the General Directorate of Public Finances of French Guyana. The operator must have completed the foundations before 31 December 2021 so that his client can benefit from the tax credit for the year 2021.

The loan will be secured by the first demand guarantees of a sister company of the group and of the SCCV which carries the operation as well as by the two personal guarantees of the managers.

The operation is located in Cayenne, the capital of French Guyana with a population of over 60,000.

The development is 15 minutes from the city centre and benefits from local shops (food, schools, doctor). It is located between the districts of Mont-Lucas and Montjoly, a residential area close to the beach. The airport is 24 minutes away by car.

The project involves the construction of 2 buildings with a floor area of 2 floors, each housing 10 flats (6 T2 and 4 T3). The access and exit of the building are on the municipal road via a dead end.

The floors of the building are distributed by a collective stairwell and an exterior circulation corridor will give access to the dwellings.

The company Pro Construction is the sole proprietorship of Mr José Rodrigues, created in 2016.

The companies were presented to the operator by the project manager. They are companies that he knows and with whom he has already worked.

Zoom on the providers

Assistance to the project owner is provided by SAS A2E, represented by Iricia Rodrigues.

Mr. Bertrand SIMON, an architect for nearly 30 years, has carried out the project's design supervision.

The company Montabo Ingénierie will be in charge of the project management and the technical design office. 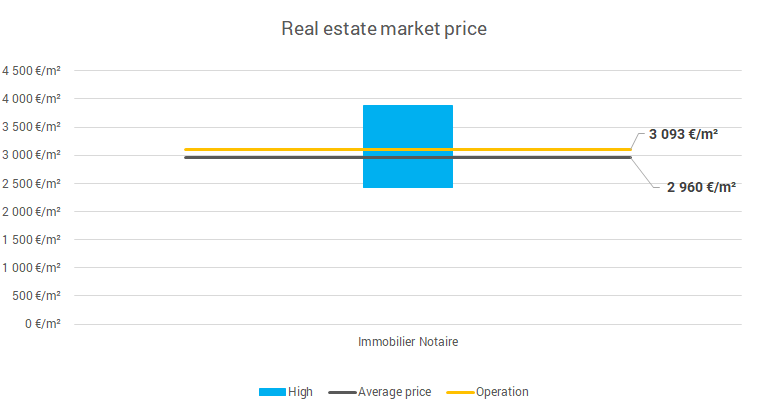 The sale price is fully consistent with the new market price as recorded on the notaries' website. The 100% block commercialisation of the project also validates the sale price.

The operation is 100% commercialised to a private investor. This investor acquires this new residence in order to benefit from a tax credit in accordance with Article 244 quarter W relating to new productive investments made overseas.

This tax credit can be granted to companies subject to corporation tax that carry out their activity in the department in which the investment is made. The investment must concern the acquisition or construction of new rental housing located in the overseas departments.

The company Odyssée Guyane, which is the purchaser, is 100% owned by SARL Crabinvest. Odyssée Guyane was created in July 2021 to carry out this acquisition. The company obtained a financing agreement from Crédit Agricole for the acquisition of the residence and deposited a deposit of 2.5% of the sale price, i.e. €81,493.57 when the reservation contract was signed in March 2021. The purchaser is awaiting tax approval, issued by the French Guiana's General Directorate of Public Finance, and the file has already been submitted. The person in charge of putting the file together confirms that the approval will be obtained by 15 December 2021 at the latest.

Crabinvest, whose equity capital is 3.659 million euros as at 31/12/2019, is a guarantor for Odyssée Guyane with Crédit Agricole. 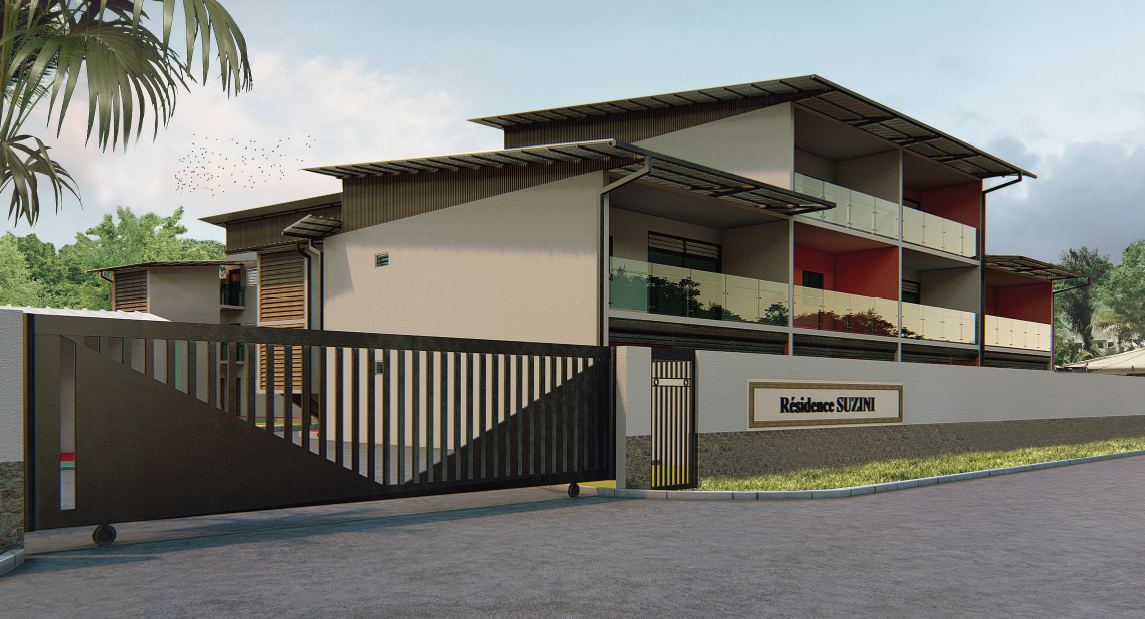 SCCV Parc de Suzini, which is carrying the Parc de Suzini project, is 50% owned by its parent company, SAS Groupe JV Immobilier, which will carry the bond issue.

The bond will be issued by SAS Groupe JV Immobilier at an annual rate of 11% per annum for a period of 18 months. The bond will be repaid at maturity by the operator, with interest paid annually, but guaranteed for a minimum period of 6 months.

All documents associated with this fundraising are available in the "documentation" tab.

The balance sheet is presented exclusive of tax, as there is no value added tax applicable in French Guyana.

Joël VARSOVIE, 39, graduated in 2010 in banking, finance and insurance. He began his career as a receptionist in banking institutions. He then joined an independent firm, then Groupama, and finally SFS Assurance as a property and casualty insurance account manager, before specialising in construction insurance for 4 years. In 2017, he created JV Finances, a broker specialising in construction insurance and a bank transaction intermediary (mortgage loans, credit repurchase, etc.). Since then, he has also developed a real estate development activity with his father where he is in charge of the administrative and financial part.

Jocelyn Varsovie, 66 years old, has many years of experience in the insurance and real estate sectors. He started his career as an insurance inspector and then created his own insurance firm. Since 2005 he has been working as an independent real estate agent, mainly in rental management and transactions. He also continues his insurance brokerage activity in parallel and develops real estate development operations with his son. He is in charge of the technical part and the negotiation. Jocelyn Varsovie's assets are valued at €1.2 million (investment properties and land) and largely cover the bond issue.

The operators have previously completed a successful operation, La Kouroucienne, delivered in 2018 without reserve: 8 housing units and 3 commercial premises in the centre of Kourou. This operation generated a margin of 14% for a turnover of €1,800,000.

They also have another operation in progress for which the waterproofing was certified in July 2021 (the foundations were delivered in December 2020) and which will be delivered on time at the end of the year. This is an 8-unit building located in Macouria. The operation is 100% commercialised and has been sold en bloc to an investor to benefit from the tax credit. The operation will generate a margin of 13% for a turnover of €1,400,000.

Zoom on the financial elements of the company holding the shares and carrying the obligation, SAS GROUPE JV IMMOBILIER can be found in the documents section.